Before we start: As it was originally written, this is a recipe for a whole plucked pheasant.  But you don’t have to have a whole plucked pheasant in your freezer to make it: just use the parted out equivalent: skinned pheasant legs, breasts, wings, and then buy yourself some chicken thighs or breasts at the store.  When you turn the commercially packaged parts over, you’ll find lots and lots of extra chicken skin and fat.  Cut that off with a scissor, and use that as a substitute for the pheasant skin in this pheasant pot roast recipe. Hey, you paid for it, put it to good use. (Cook the chicken in a separate dish, maybe even a chicken version of the pheasant dish.)

The dish is basically a game bird pot roast recipe when made with a whole bird; a braise when using parted out game birds. Why not just dry roast it? Because the trouble with dry roasting whole plucked pheasants is it often leaves the legs perfect but the breast dry.  But I have a new airfryer so I thought I’d give it a try. I thought if I treated the pheasant with a brine for 24 hours pre-cooking, and rub 2 tablespoons of butter under and into the skin of the pheasant breast that it would fix the problem. Wrong.  Really, really wrong.  The thighs and drumsticks were fine, but the breast was still dry because air frying is just another method of dry roasting—but at much higher temps and game birds have minimal fat.

I’d already committed a second pheasant to a brine when I discovered this, so had to re-arrange my thoughts.  I still wanted to do the bird whole since I’d taken the time to pluck the pheasant, and just went back to my old reliable for whole game bird bird cooking: pot roasting.  Since pot roasting is moist cooking in a closed container everything comes out moist.

An instant pot might have worked, but I lost the valve to mine and soon discovered that model of Instant pot was a ‘special’ run just for that store, and parts weren’t available to klutzes like me.  Fortunately, while Instantpot’s maker offered no solution, the store gave me a full refund though it had been over a year since I’d purchased the device.

That could have been a solution. But this just happened and I have not replaced the instant pot yet.  I need to do a bit more research this time.

So out came my favorite and infinitely reliable Dutch oven.  No itty-bitty parts to roll under the fridge. (We’re guessing that’s where the valve is though it could also be in Lena the Labrador’s tummy, or already out in the backyard—but I’m not going there.) In any event, the Dutch oven worked perfectly on this pheasant pot roast recipe, took about the same time as an instant pot and, since the pot roast cooks in the oven without babysitting, is just as hands-off as the instant pot would have been.  Ta-da.  Here’s the recipe: 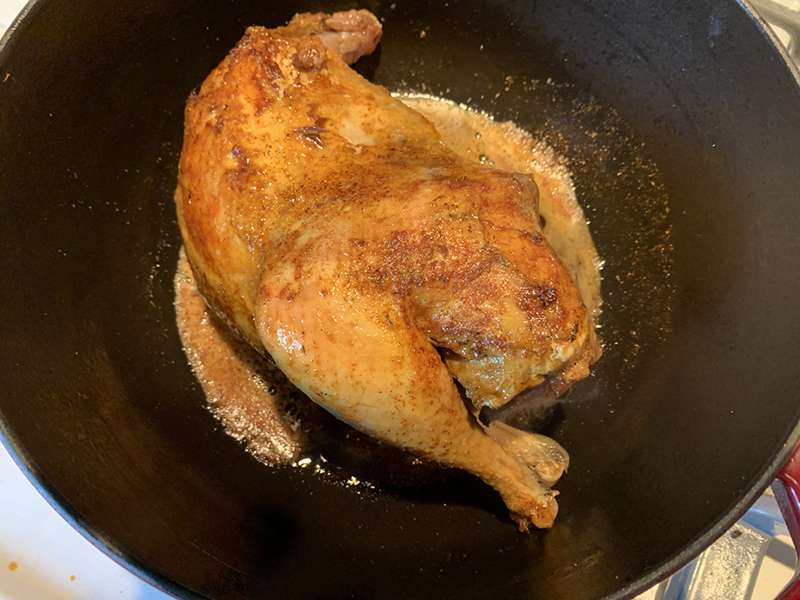 When the butter sizzles, stir the teaspoon of spice mix into the butter and place the pheasant on its side in the spiced butter. Brown one side, then turn the pheasant, and brown the second side, about 4 minutes per side.

Combine the water and Tandoori spice mix in a resealable plastic bag, seal and shake to dissolve the spices.  Add the pheasant, breast side down.  Press the air out of the bag as you seal it.  Place the bag in a large bowl to catch any leaks, with the pheasant breast side down in the brine. Chill 24-48 hours. 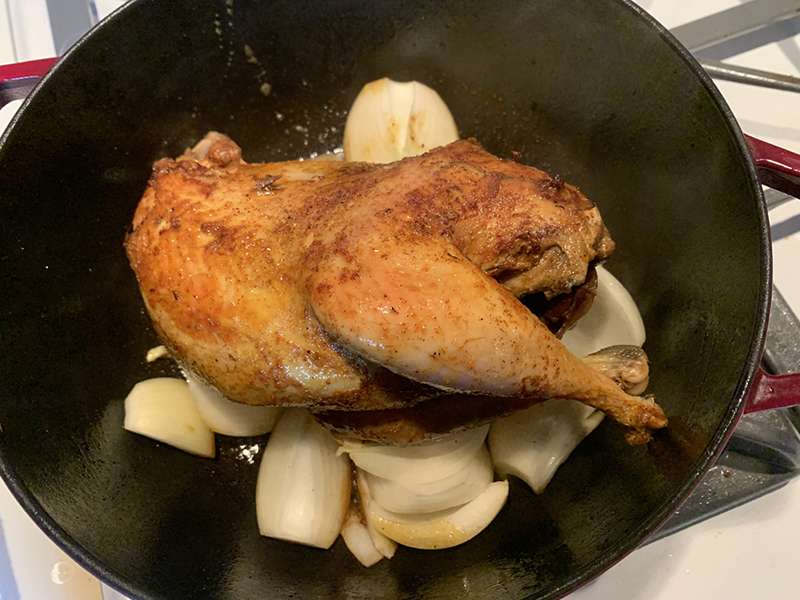 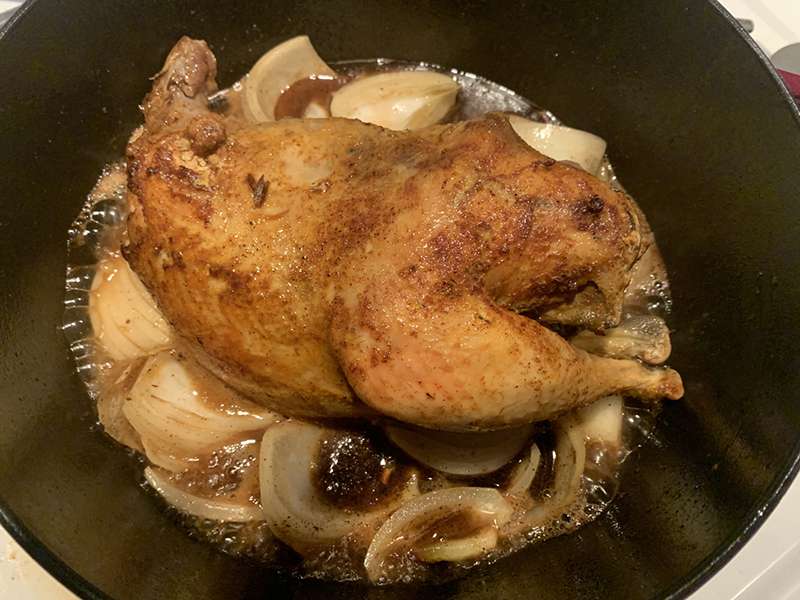 Add the Dr Pepper and the teaspoon of BTB chicken base. (No water.) 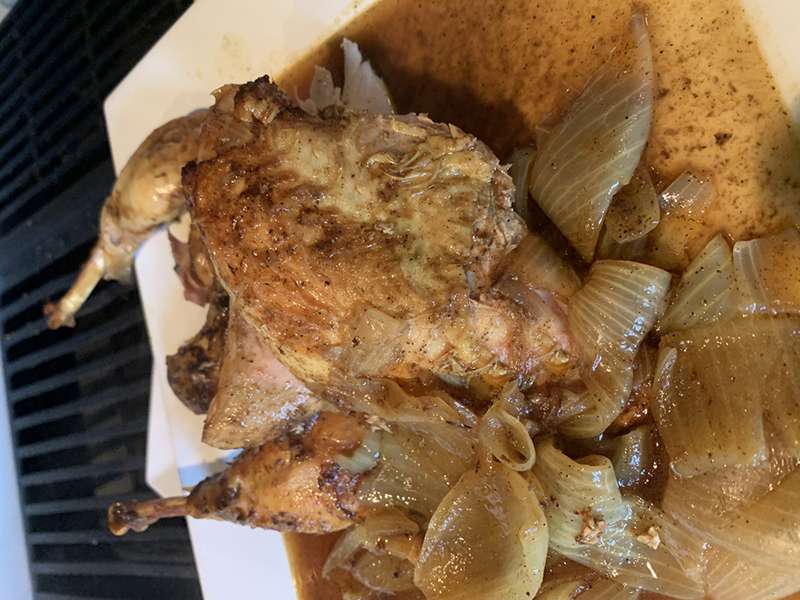 Serve with a pile of mini carrots and garlic toast or pasta.