When it comes to fishing, there’s nothing I like better than pike.  Aside from the fun of fishing—especially when they grab your lure 3 feet from the boat—they taste wonderful and have the firmest flesh of all non-oily (as in not trout or salmon) game fish.  And yes, I know walleye exist.  They might even be more delicate in flavor than pike, but they aren’t as much to fish for and are more delicate in texture.  A problem sometimes—like when you’re hungry for America’s favorite fish dish and want to use what’s on the end of your line, instead of some week-old factory-farm mutant. Pike Fish Sticks are on the menu tonight.

But what about the ‘Y’ bones, you ask.  Easy, I say.  You just need to turn that pike 90 degrees.  It’s a trick I learned from Scott Sundheim, Montana fishing guide, and wrote up in my game care column at Field & Stream magazine—way back in 1997 or 98.

Before I get to pike Y bones, I want to mention their mouth.  It has enzyes. And pike have very sharp teeth. If a pike draws blood, even a small break in the skin, you will ooze blood for hours.  How do I know?  In one word, John.  One day we caught a bunch of pike, walleye and small mouth bass and were at the fish-cleaning station gutting our fish and stacking them in the cooler with ice.  The last one on the cleaning table was a large pike, and as John went to pick it up, the fish was headed tail first toward the garbage disposal in the center of the cleaning table.  John reached out to grab the head, and the pike bit him, taking John’s right hand up to his thumb joint into his mouth.

Unfortunately, John had already wiped his knife clean and put it in his right pocket, so he reached around with his left hand, pulled the knife out, I got the screwdriver blade opened for him, and John slid the blade sideways into the pike’s mouth, prying the jaws apart.  The arc of pike teeth had punctured John’s hand, each tooth just barely breaking the surface and, despite applying pressure and antibiotic ointment and ice, his hand oozed blood until sometime that evening.

This was a dead pike. John had driven his knife between the cervical vertebrae to sever the spine at least 20 minutes before.  It was also a completely gutted pike.  But it attacked, and held on in some gangliactic burst of anger. Positively pre-historic. Something you’d expect T-Rex to do. It’s only part of why pike fishing is so exciting.

Now let’s do the Y bones, then I have two recipes for you that are much easier to do with pike because of that firm flesh.  And if you need a third easy pike recipe, Scott Sundheim says his new favorite is to skin, and cut the filets in bite-sized chunks, then set a pot of Seven-Up boiling–enough that the chunks can float, say 3-4 inches deep.  Then when the soda is simmering, drop the pike chunks into it, and when they are done—just a minute or two—serve them with drawn butter.  Rather like the ling cod recipe I posted a few weeks ago. (Just look for the photo of our friend John L. and his big fish.)

Avoiding the ‘Y’ Bones— How to Fillet Pike 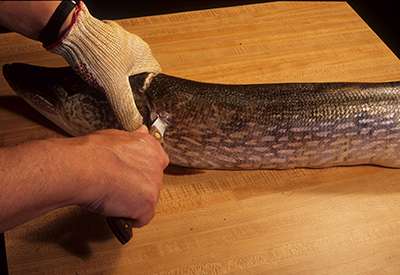 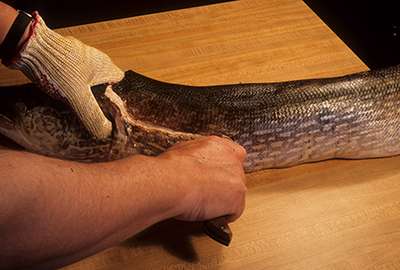 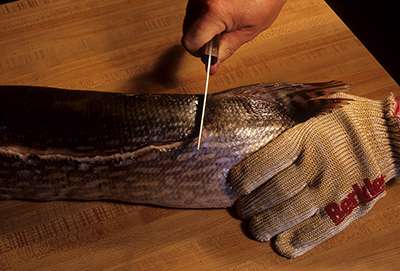 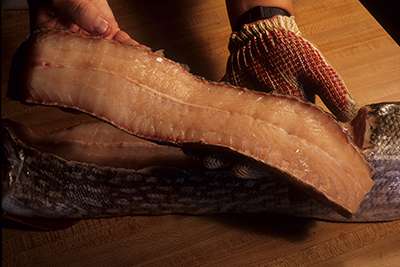 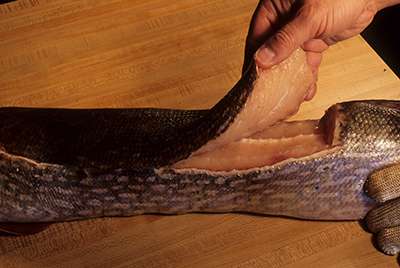 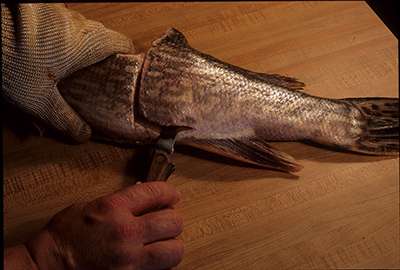 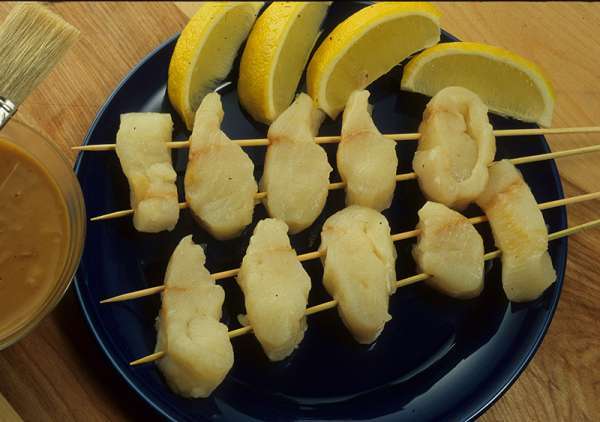 Take the fillet from the top of the pike and you’ll have fillets 1-inch thick, that can easily be sliced into fairly uniform-looking ‘sticks’.   And, since it’s pike, they’ll hold together while you dredge and fry them.  You could also cut squares—about 3×3 inches—or the size of your roll–dredge and fry, and put in a bun with a slice of cheese.  Sound familiar?  You don’t have to go to a drive-thru clown house to get fast food anymore! 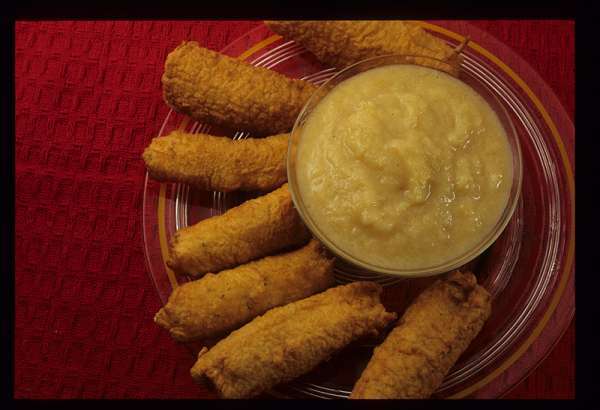 Pike or muskie, it’s the firmer flesh that makes kabobs possible.  It’s not like sticking a piece of red meat on the skewer, but if you thread the fish onto two parallel wooden skewers and handle the works with a bit of care, they have one advantage over red meat: it only takes about 4 minutes to cook a pike kabob.

Want to fish for pike now?  We both loved fishing with Scott Sundheim. Here’s his contact info: Sioux-Pass-Outfitters

Sioux Pass Outfitters is located in North Eastern Montana, in one of the least populated areas of Montana.

Wild pig, a stick, and fire. Anyone need a rub?

Off The Cuff Chili
Scroll to top