One of the downsides of hunting is meat loss due to the bruising and ripping of bullets.

The most obvious solution is not to place bullets where they’ll damage a lot of meat, but that’s more complicated than it appears. A brain shot, for instance, kills animals instantly, but wild animals move their heads a lot, making them a tiny moving target.

The same applies to neck shots. A bullet in the spinal cord drops animals instantly, but the spine takes up relatively little space inside the neck, especially in bigger game like elk.

Then again, we don’t always have the opportunity to use super-steady shooting positions. Not only are benchrests scarce in the woods, but the darn ground can be uneven and covered with grass, rocks and trees. All of this can make hitting the relatively small brain or spine far more difficult than hitting a 1-inch bullseye on a range 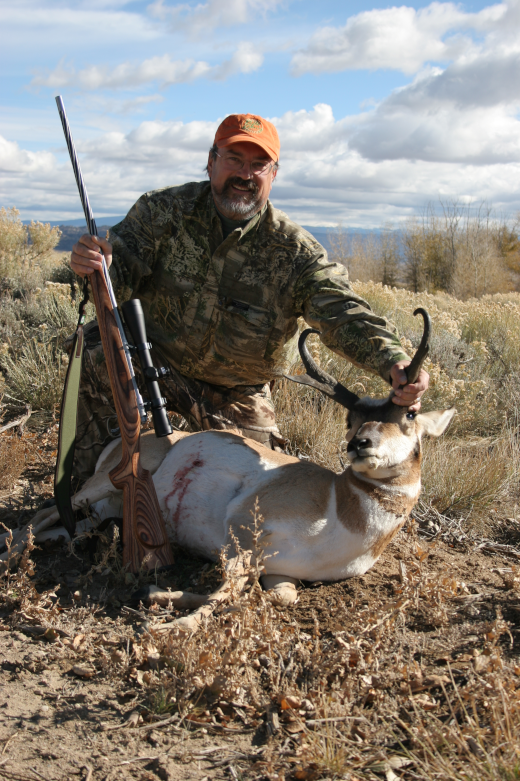 I placed a 140-grain Berger Hunting VLD from my 6.5-06 a hand’s width behind the shoulder, at an angle to exit the ribs on the far side. The buck still went down quickly, with less than an ounce of meat lost.

With animals standing broadside, most hunters play the odds and aim for the largest area of vital tissue, the center of the chest, containing the heart and lungs. A chest shot normally drops animals within seconds and, even if the bullet strays above the lungs, it breaks the spine.

Unfortunately, much of the chest lies behind the front legs, and there’s a lot of good meat on the shoulders.

The ways different bullets affect this meat are almost endless, because both velocity and bullet construction play huge roles. The least destruction is caused by low-velocity bullets that don’t expand much, if any. Back in the days of black powder, hunters weren’t worried much about meat loss, because a lead bullet started at 1500 fps just makes a round hole. As the famous gun writer and (often) meat-hunter Elmer Keith put it, “You could eat right up to the hole,”

But since 1900, when even conservative rifle hunters started to accept the advantages of smokeless powder, most hunting bullets have been designed to expand. This combines the flatter trajectory and minimal wind-drift of a small-caliber, high-velocity bullet with a bigger, quicker-killing hole in the animal’s vitals.

Let’s look at bullet construction. The basic rule is the less weight an expanding bullet loses from pieces flying off, the less meat damage. However, most forensic ballisticians find the size of the wound channel is the most reliable indicator of killing power. As a result, “shrapnel” from a bullet that loses weight is a two-edged sword: It helps the bullet kill quicker, but also ruins more meat.

At one end we have monolithic bullets made entirely of copper or copper alloys like the Barnes X, Hornady GMX and Nosler E-Tip that rarely lose any metal, and at the other end lead-cored bullets that almost totally fragment. In between are various levels of “controlled expansion” lead-cored bullets, with various means of stopping expansion, whether heavy jackets, bonding the lead to the jacket, or a jacket partition preventing the rear of the bullet from disintegrating.

One advantage of monolithic, non-disintegrating bullets is even if they hit the shoulder, meat damage is considerably reduced—and sometimes a shoulder shot is preferred, especially in heavy brush or timber.

However, velocity also has a major effect on meat damage and one of the other advantages of monolithic bullets is how well they hold up to high impact velocities, the reason many hunters prefer them in super-zappers producing well over 3000 fps. But if you put a fast mono into shoulder bones, bone fragments can damage meat just like bullet fragments. I’ve seen this several times in .25 caliber cartridges from the .257 Roberts to the .257 Weatherby Magnum when using the 100-grain Barnes Tipped Triple-Shock.

In more open country, many hunters prefer using bullets that lose some weight, putting them behind the shoulder meat, since it doesn’t matter if the animal moves a few yards before falling—and with a partially disintegrating bullet they often fall instantly anyway. This is particularly true of deer, and just about any common bullet made with a relatively thin jacket around a lead core will do the job. The list is almost endless, but includes Hornady Interlocks, Nosler Ballistic Tips, Remington Core-Lokts, Sierra GameKings and ProHunters, Speer Hot-Cors and Winchester Power-Points.

One anomaly in these general principles is Berger hunting bullets, with very thin jackets and soft cores. This combination normally means lots of bullet disintegration and meat damage, but the extremely long, pointed ogive allows Bergers to penetrate 2-3 inches before expanding—but then they really expand inside the vitals, killing very quickly. The entrance hole typically resembles the hole from an icepick, with zero meat damage, exactly the opposite of most expanding bullets. 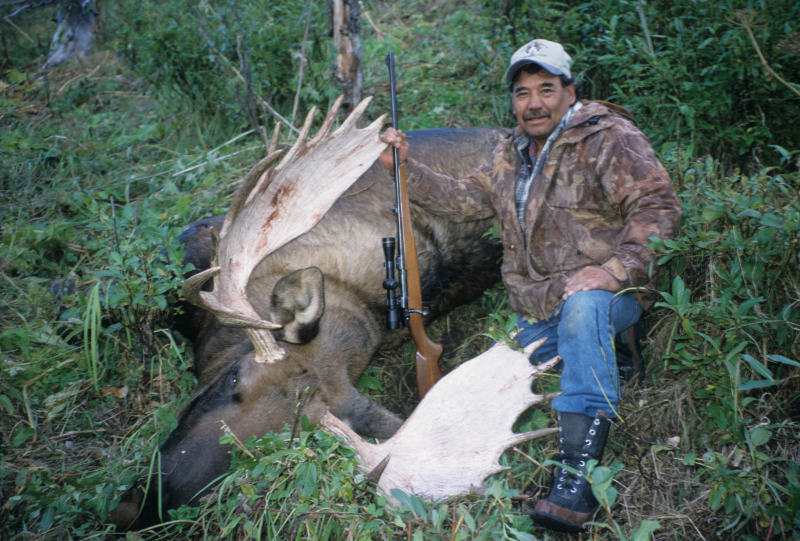 Cree guide Donny Davis was very impressed with how little meat was lost to a 286-grain Nosler Partition from my 9.3×62 on this British Columbia moose.
One good rule-of-thumb for these bullets is a muzzle velocity no more than 2800 fps, the reason “cup-and-core” bullets in such classic combinations as the 180-grain .30-06 have a good reputation for killing power, penetration and minimal meat loss.

Gearing Up Your Scope